Text by the Cine Club Uruguayen en France -This article was originally published on www.elcafelatino.org

South American cinema, like the continent’s economy and population, is heterogeneous from one country to another. Let us review the current state of the Seventh Art in each country as well as its directors.

Three giants account for the lion’s share of the world’s cinema. Mexican cinema, Argentinean cinema and Brazilian cinema, followed by Uruguayan, Chilean and Colombian cinema in terms of production and distribution. Naturally, this is due to the economic power of each country, the support given to filmmakers by their respective governments and the fact that they have to make a name for themselves in order to penetrate the main markets in Europe and the United States. Let’s look at each country in detail.

Due to its proximity, Mexico has a privileged relationship with the United States that favours contracts with Hollywood and film agreements between the two countries. Added to this is the ease with which Americans can travel to Mexican studios to produce their films and a particular geography that allows a variety of film types from westerns to historical films to be made in their cities. 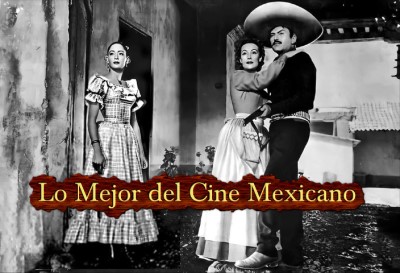 Argentina comes next with 60 films a year sold in Europe and the United States thanks to the fame of its filmmakers such as Pino Solanas, Daniel Burman, Lisandro Alonso, Pablo Trapero, Sergio Renán, Damián Szifrón or the actor and director Ricardo Darín. This gallery of cinema greats has opened up markets all over the world thanks to creations such as “Las nueve reinas”, “La historia oficial”, “Relatos salvajes”, “El hijo de Elías“, “Carancho”, “Elefante blanco” or “El Presidente”, films that have been nominated in Europe and have won awards. Ticket sales in Argentina are also important and are counted in millions of tickets per year in the local market. In the case of Argentina, it is worth noting the role played by the INCAA (National Institute of Cinema and Audiovisual) over the last 30 years with its law on financing and support for production.

As far as Brazilian cinema is concerned, it started at the end of the 19th century (July 1896). It is a type of cinema strongly influenced by its mixture of cultures, its rich landscapes and by Hollywood cinema. Although the population is very large, ticket sales do not cover production costs. From the 1970s onwards, the “Cinema novo” appeared with Glauber Rocha, Nelson Pereira dos Santos, Ruy Guerra and Carlos Diegues, who gave a boost to Brazilian cinema based mainly on Brazilian literature, as in the case of Bruno Barreto’s “Capitanes de Arena” or “Dona Flor y sus dos maridos”.

The existence of the Amazon rainforest has given its name to the most important documentaries in Latin America, such as Eduardo Coutinho’s “Goat Marked to Die”. Its arrival on the international scene in the 2000s is particularly noticeable thanks to sociological films such as “City of God” by Meirelles and “Central do Brasil” by Walter Salles.

Uruguayan cinema has a very loyal audience which, although influenced by American cinema, supports its national cinema and favours European avant-garde and auteur cinema. Its directors follow the French, Spanish and German schools, and their film productions are clearly inspired by these cultural influences. As the national market is small (less than 3 million people), producers are obliged to export to make their films profitable.

The Spanish market is the most favourable thanks to the San Sebastian and Barcelona festivals, but also to the Venice and Berlin festivals and the numerous French festivals. Of the more than one thousand films produced in the last ten years, few have succeeded in making their mark on the international scene. These include “Whisky” by Pablo Rebella, “El baño del papa” by César Charlone, “Polvo nuestro que estás en los cielos”, “Masangeles” by Beatriz Flores Silva, or “Mal Tiempo para Pescar” (“Bad weather for fishermen”) by Álvaro Brechner.

In Colombia, cinema has been considered as an industry since the 1970s. It was during this period that the first Colombian filmmakers appeared on the national and international scenes. In its early days, cinema focused on documentaries and animated films; then the newly established international festivals in Bogotá and Cartagena served as platforms for the dissemination of national productions.

Gradually, from 2000 onwards, Colombian cinema has been present at Cannes, Berlin and Rotterdam with films such as “Maria, full of grace” by Sandrine Moreno, “Paraíso Travel” by Simón Brand, “La barra” by Oscar Navia and “Los Hongos” by the same author.

As a symbol of films that tell the difficult story of the country, without entering into American stereotypes, we would like to mention ‘El olvido que seremos’, a film that tells the life story of the doctor and human rights activist Héctor Abad Gómez, who was murdered by paramilitary groups in Medellín in 1987. The film is based on the book by his son, Héctor Abad Faciolince.

For the past 13 years, Peruvian cinema has been recognised in France thanks to its Festival which takes place every year in April. Born in the 1950s, it was supported by the creation of low-cost film clubs in all the cities. Like Mexico, Peru is a country with a history of inviting filmmakers and producers to come and film, generating a source of income that is partly reinvested in the film industry

Unfortunately, the national box office is small in relation to the population, and therefore the number of filmmakers who can afford the production costs is limited. However, some directors are producing major works, such as Francisco José Lombardi’s “La boca del lobo” and “Caídos del cielo”, as well as the adaptation of Mario Vargas Llosa’s “La ciudad y los perros”, Claudia Llosa’s “Fausta, la teta asustada”, which won several prizes in Europe, Armando Robles Godoy’s “La muralla verde” and Javier Fuentes-León’s “Contracorriente”.

In the next article, we will continue our cinematic world tour by visiting Chile, Bolivia, Ecuador and Venezuela. 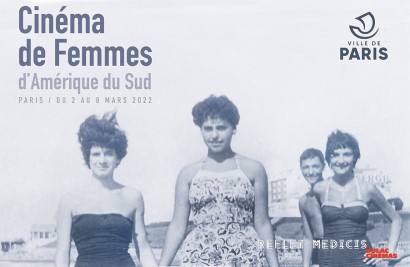