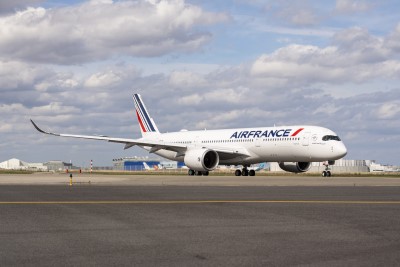 Air France will increase its flight capacity to Colombia by replacing the Boeing 787-9 Dreamliner with the Airbus A350-900 on the Paris-Bogota route for the 2023 summer season, representing a 17.4% increase in seat capacity. During the January-November 2022 period, the airline carried 149,913 passengers between Paris and Bogota, representing 92.5% of passenger traffic compared to 2019 levels.

Air France will become the second airline to operate in Colombia with the Airbus A350-900, after Iberia. Currently, Air France uses the Airbus A350 on several destinations in Latin America, such as Buenos Aires, Sao Paulo, Lima, Mexico City, Santiago de Chile and San Jose. The Airbus A350-900 can accommodate 324 passengers in a three-class configuration (34 Business Class, 24 Premium Economy and 266 Economy) and promotional fares are available from around €270 one-way.

According to Cirium data, the Air France-KLM group will have 8,386 weekly seats available to Colombia for the summer of 2023. KLM, the Dutch subsidiary, will also operate a daily Boeing 787-9 Dreamliner on a triangular route between Bogota and Cartagena. The airlines are all increasing their offers for the 2023 summer season due to the strong recovery of the sector.