Text by Ruben Otormin – Traduction by Claudia Oudet – This article was originally published on www.elcafelatino.org

In our previous article, we said that Latin American cinema is a cinema of commitment, an auteur cinema, a cinema where denunciation and the sociology of cultures are favoured over mass cinema. Whether entertaining or frightening, science fiction or “disaster” films are of much less interest to Latin American creators, producers and directors. Although Latin American audiences are eager for love stories and Hollywood blockbusters, its leading directors continue the tradition of favouring political and social cinema that reveals inequalities and abuses. We also said in this previous edition that, like any art form, cinema is dependent on the support of their respective governments, and therefore on the support that audiovisual institutions give to their filmmakers. Added to this is the ability of each group (film libraries, filmmakers’ associations, etc.) to create links and interest in distributors and investors from other countries, creating what is working more and more every day: COPRODUCTIONS. The arrival of the streaming giants on the world market has considerably multiplied the number of co-productions and many small and large Latin American directors have found financial support from Amazon, Disney and Netflix, to name but a few. Making a film in Europe or the United States costs between 300,000 and 500,000 euros, if there are no trips or set changes in other countries, that is, if the film is shot in a studio, or using local landscapes. This is the minimum budget. In Latin America, the cost is divided by 2 or 3. Therefore, investing in an Argentine or Chilean film is not the same as investing in a German or Swedish film. But of course we follow the classification that all film production companies in the world do; it depends on the country and the popularity of the director. There are countries that have made their mark in the film world. This is the case of Argentina, Mexico, Brazil and Uruguay. Others, such as Colombia and Peru, have increased their presence on the European market by participating more in Latin American film festivals (Biarritz, San Sebastian, Brussels), or by creating their own festival, either in their country of origin or in other countries (Festival de Cine Peruano in Paris, Festival of Colombian Cinema in Vienna, etc.) Let’s continue this tour of the Latin world and take a look at other countries where cinema is less well known, but no less important to their culture.

Like most of its Latin American neighbours, Chilean cinema has gone through three phases: its first steps (1900s) as a social and cultural cinema; then, an interruption caused by strong censorship between 1970 -1985, and, finally, the new Chilean cinema that emerged in the late 1980s. During the Pinochet dictatorship, most Chilean filmmakers continued to work outside the country, like Raúl Ruiz, Patricio Guzmán and Alejandro Jodorowsky. But it was from the 2000s onwards that Chilean cinema gained international momentum, thanks in particular to Argentine-Chilean co-productions, or co-productions with European countries like Germany, France and Spain. The new Chilean cinema maintains its line of auteur cinema, committed cinema, especially with ethnic minorities or underprivileged classes in Chile, with a very strong political position. This has given rise to an impressive gallery of creators such as Andrés Wood (Mi amigo Machuca), Patricio Guzmán (Nostalgia for the Light), Sebastián Lelio (A Fantastic Woman), Pablo Larraín (No) and Sebastián Silva (Nana), who have given birth to a golden generation of young filmmakers with enormous talent. Its film school, one of the most prestigious in Latin America, has produced talents such as Alejandro Amenábar and Mario Alberdi, who have won awards in Europe for their documentaries on Allende and the reality of the Mapuche people and their conflicts in defence of their land. 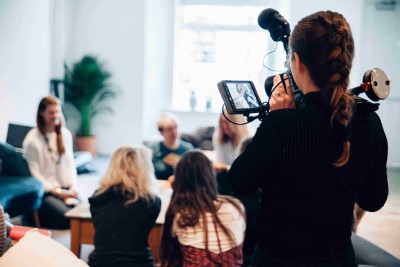 Venezuelan cinema is very prolific, but like Uruguayan cinema, it has a hard time making its mark in Europe and the United States. Worse still, it is little known in its own country. Until 2000, Venezuelan audiences followed American and European films and avoided the national cinema. And it was thanks to the prizes won in San Sebastian (Pelo Malo de Rondón), Biarritz (La Familia de Rondón Córdova), Brussels (Dirección Opuesta de Bóllame) and Venice (La fortaleza de Chalbaud) that the Venezuelan public returned to see his own cinema. In 2006, the inauguration of the Fundación Villa del Cine (Cinémaville), a gigantic cinema complex, gave a new boost to the film industry. The Venezuelan government, from 2005 onwards, invested part of its oil profits in audiovisual culture by providing grants, subsidies and creating international Venezuelan film festivals. Films such as Mariana Rondón’s “Postales de Leningrado” and Alberto Lamata’s “Mirada Regresa” have been fully financed by universities and the government, thus opening up access to many state-funded films. Currently, Venezuelan production is one of the most important in Latin America, although its continental or global anonymity causes a sense of injustice to its creators.

Bolivian cinema started its life late compared to other Latin American countries. The public and its filmmakers took a real interest in their national cinema between 1915 and 1925 with the first film society and the opening of cinemas, especially in the capital. From 1955, with the arrival of filmmakers such as Jorge Ruiz “La vertiente”, Bolivian cinema took its first real steps into sociological and political cinema. The arrival of Hugo Banzer’s dictatorship motivated another type of cinema, romantic and entertaining. Political, committed cinema that challenged military power and the exploitation of the peasants was censored and for 20 years Bolivian cinema became pro-government propaganda or entertainment. During this period, the Bolivian Film Library was created, but it was heavily controlled by the military and repression. From 1990, the government democratised and at the same time liberated culture and subsidies. Thus the film promotion fund was created, which, as in Chile and Venezuela, helped young creators to make their films. Bolivia resumed its sociological cinema, which included a large number of documentaries denouncing the exploitation of the Altiplano and the Amazon. Sometimes in a new form: the cartoon. This is the case of “Paulina y el cóndor” by Mario Barragan or Denis Chapon’s “Abuela grillo”. Thus, the beginning of the 2000s saw the arrival on the Latin American scene of filmmakers such as Hugo Ara (La oscuridad radiante), Paolo Agazzi (El día que murió el silencio), Mauricio Calderon (El triángulo del lago) and Martin Boulocq (Lo más bonito y mis mejores años). The new Bolivian cinema of the 2000s seeks above all to show the profiles of Bolivian society in all its classes and differences. Films such as “Zona Sur”, “El Ascensor” or “Tierra sin Mar” portray the enormous gap between the Bolivian upper classes and the mainly Indian peasantry. Bolivia’s film law was enacted at the end of 2018 after several years of organisation and demands from the audiovisual sector, and its regulation is currently being processed by the Social and Economic Policy Analysis Unit (Udape). As a result, in 2020, the Fondo de Fomento Cinematográfico (El Fondo 2020) was created. The 2020 Fund is financed by an agreement between ADECINE and the Ministry of Development Planning. The objective is to help young creators to make their films.

I propose to end this tour with Ecuador

Like Bolivian cinema, Ecuadorian cinema was born late compared to other countries. Its official birth as a public art dates back to 1920, but it was in 1950 that the first filmmakers appeared and that the Ecuadorian public became interested in its national cinema, especially government institutions. Partnerships with Latin American producers, particularly Mexican and Argentinean, allowed it to exist in the Latin American and North American universe, but without being able to enter the European market. Ecuadorian cinema favours musical, romantic, biographical and general public films. Companies such as Ecuador Sono Film and La Cinemateca Ecuatoriana have created “Asocine”, one of the first large film unions in Latin America. Films such as Dimenjo’s “Guayaquil de mis amores”, or Nicasio Safadi’s “La divina canción” and “Incendio” are based on musical hits that appeal to the region’s music-loving public. Ecuadorian cinema exploits an important source of income in Latin America: songs and their star singers. Film stars such as Mariano Moreno in Mexico, Carlos Gardel in Argentina or Vinicius de Moraes in Brazil gave an important impulse to Latin cinema, and Ecuadorian cinema “specialised” in this type of film. From 1980 onwards, Ecuadorian cinema joined the wave of sociological, political and auteur cinema in the rest of Latin America. Directors such as Camilo Luzuriaga with “La tigra” or “Entre Marx y una mujer desnuda” or Sebastián Cordero’s “Ratas, ratones, rateros” marked the beginning of a socially committed cinema. Co-productions increased from 2000 onwards, especially with neighbouring countries (Colombia, Venezuela). Films such as “Que tan lejos”, “Crónicas”, “Rabia” and “Pescador” have been shown at festivals such as Cannes and Montreal and even reached the American audience at the Oscars with “Que tan lejos”. Since 2015, Ecuadorian cinema has been gradually exporting to the European public and winning international awards with it.