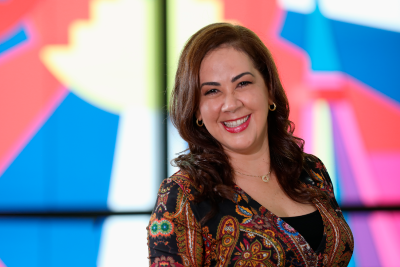 Visit Latin America: CATA received the 2021 International Tourism Excellence Award for its actions during the pandemic. How is 2022 going in terms of tourist numbers in the region and what are the objectives for the end of the year?

The year 2022 has definitely arrived with a wind of hope for the tourism sector in Central America and the Dominican Republic. Since the beginning of the year, ForwardKeys, a company dedicated to the monitoring, analysis and anticipation of global travel flows, has already indicated that the countries of the region stand out as the top destinations in terms of travel intentions for the end of 2021 and the beginning of 2022.

In this regard, according to data from the Secretariat for the Integration of Tourism in Central America (SITCA), Central America and the Dominican Republic received a total of 11.1 million visitors in 2021, of which 86% were tourists and 14% were short-term visitors.  The data for 2021, compared to the previous year, show a 75.8% growth in visits, influencing the 49.8% increase in total visitors. In terms of revenue generation, there is also an increase of 84% compared to 2020.

On the other hand, the World Tourism Organisation (UNWTO) reported that international tourism saw an annual increase of 182% between January and March 2022, with destinations around the world receiving some 117 million international arrivals, compared to 41 million in the first quarter of 2021. In the Americas, including Central American countries and the Dominican Republic, arrivals more than doubled (+117%) in the same three months.

Some of the main drivers of the recovery to date have been the percentage of the population vaccinated, the reduction in travel restrictions and the promotion of domestic and intra-regional tourism. This has allowed us to have the return of leisure agendas this year, with which we expect a much greater recovery in the second half of 2022.

Specifically, now that the Dominican Republic has assumed the presidency of CATA for a period of 6 months, we hope to further stimulate the region’s complementary tourism offer. We believe that with its leadership, we will be able to raise the level of tourism promotion through marketing actions, tourism intelligence systems, the strengthening of small and medium enterprises in the sector and, of course, the positioning of multi-destination in the international market.

VLA: Multi-destination travel was one of the main axes of tourism development in the region and the flagship product presented in the 2020 roadshows. What were the results of this project and what was the reaction of tourism professionals and travellers?

In 2020, we carried out a roadshow for the European market and in 2021 we developed one for North America and another for the European markets. In other words, in total we have promoted 3 virtual fairs with the aim of marketing and promoting the multidestination to Central American companies and wholesalers in the international markets with which CATA is connected.

In these spaces, in addition to providing recent information on the region’s tourism offer, each country presented information on travel arrangements and the efforts each is making to open up to international tourism. Thus, more than 550 tour operators and more than 100 incoming agencies from the region organised more than 150 business meetings. Similarly, the participation of more than 100 media specialising in tourism was recorded.

All of the above was done with the aim of maintaining the communication bridge with the European markets, but also to explore the possibilities in new markets such as North America.

VLA: CATA recently launched its new communication campaign “El Origen”, based on the promotion of Central American culture, history and nature. Is this new approach linked to the changing expectations of travellers? If so, could you tell us a bit more about them?

Indeed, the “El Origen” (Origins) campaign responds to the evolution of travellers’ expectations post-pandemic. According to the World Tourism Organisation, outdoor activities, nature-based products and community tourism are positioned as some of the main sustainability trends in 2022.

This is due to the sense of freedom and health that being surrounded by nature gives us. In this sense, we believe that this is a great opportunity for Central America and the Dominican Republic in this tourism recovery. In the region, nature is in its purest state, and the indigenous peoples are located in impressive natural territories that make the experience very rewarding.

This is the reason why this campaign was born, we are at the origin of thousand-year-old civilisations, where it is not only possible to hear about them, but also to live them through the impressive archaeological evidence, the ceremonies, the rituals, the dialects, the dances, the music, their ancestral gastronomy embodied by the corn, the herbs and the condiments of vegetable origin very typical of these latitudes.

We know that this is a great attraction for tourists, especially for travellers from Europe, where CATA directs its actions. This is where the campaign was born, because we are convinced that the region is closer to the origin of the evolution of cultures than other countries, because it preserves unique elements that show where we come from. It is possible to experience this in the region.

The countryside also includes nature, which completes the concept of origin. The region has become the cradle of the most representative ecotourism in the world, and the origin of unique and emblematic adventure activities such as rafting, sandboarding, zip-lining, among others.

VLA: What are your three favourite places in Central America and why?

It is difficult to define 3 favourite destinations in the region, without a doubt I can point out that each country has that tourist oasis that makes it unique and this is what allows us to have a complementary and differentiating offer. In Guatemala, I would mention Tikal and its impressive Mayan heritage; in Belize, its magnificent Cayos such as Cayo San Pedro; in El Salvador, its impressive beaches where the world surfing championships take place; in Honduras, its flagship product, the Bay Islands; in Nicaragua, its impressive adventure tourism in lakes and volcanoes; Costa Rica, known for its environmental sustainability applied to tourism; Panama, with an important community tourism proposal in Emberá Querá; and the Dominican Republic, its turquoise water and tropical jungle tourism in the Samaná region.

VLA: What message would you like to pass on to our readers, the tourism professionals?

My message is that we have to keep moving forward; let’s start from where we are and try to achieve the recovery goals we have set for ourselves. It’s a huge challenge, we know, perhaps the biggest challenge we’ve faced as an industry in recent history, but if we look back a few years, we’ll realise that we’ve taken some very important steps from slowdown to reactivation.

The most important thing in my opinion, in this very dynamic phase we are going through, is to deepen the work in close coordination with the different sectors. Capacity building between the public and private tourism sectors will be essential to insert the tourism offer into the new global tourism scenario. 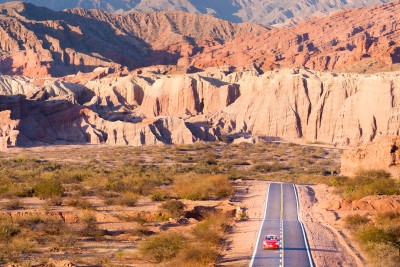 The “Ruta 40”, a mythical road that will take you to the “end of the world

LATAM NEWS The "Ruta 40", a mythical road that will take you to the "end of the world The "Ruta 40"? A strip of asphalt and earth of more than 5,000 kilometres crossing Argentina vertically. A huge playground for thrill-seekers and/or outdoor enthusiasts. It begins in...

END_OF_DOCUMENT_TOKEN_TO_BE_REPLACED 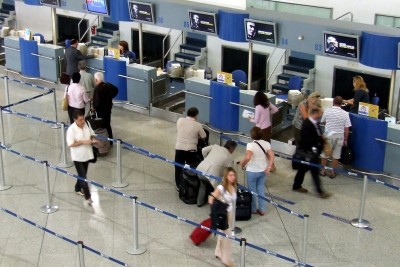 LATAM NEWS Chile simplifies entry requirements for foreigners from 1 September Tourists entering the country will no longer have to fill in the C19 form, while the vaccination certificate of the country of origin will be accepted. As a result of a joint effort by the...

END_OF_DOCUMENT_TOKEN_TO_BE_REPLACED

← The train to the clouds is celebrating its 50th anniversary! Chile simplifies entry requirements for foreigners from 1 September →