Meeting the flavours and aromas of coffee in Brazil

Several rural tourist routes in Brazil allow you to discover coffee, captivating tourists interested in its production and tasting. 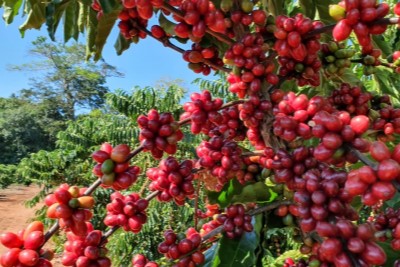 Many prefer it strong, others a little sweeter, some pure or with milk, but one thing is unanimous: it is the favourite drink of Brazilians and foreigners visiting the country. If you thought of coffee, you’re right! This nectar is the main theme of several rural tourist routes in the country, captivating those curious to learn about its production process and, of course, to taste it. To get an idea of the diversity and potential of the product in the economy and tourism, Brazil is one of the largest producers and exporters of coffee in the world, as well as being the second largest consumer of this beverage.

Here are some itineraries through the country that will take you to unforgettable coffee shops. Get your biscuits, crackers, bread or cheese rolls ready, as we’ll be travelling through several regions that deserve a stop for a cup of coffee.

It’s already a tradition, but we couldn’t forget it: the North Paraná Coffee Route. The region was the site of one of the world’s largest coffee productions in the early 20th century. The route includes eight towns in the north of the state: Londrina, Cambé, Rolândia, Ibiporã, Tamarana, São Jerônimo da Serra, Santa Mariana and Ribeirão Claro. During this experience, travellers can discover the production and selection process of the beans in large historical farms, visit farms and family farms dedicated to preserving the history of coffee, taste the drink in cafés and restaurants in the towns that make up the route, stay in rural hostels and visit museums that illustrate coffee production in the region. 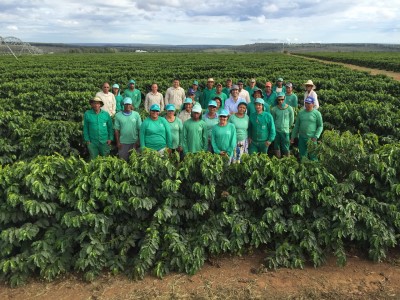 In addition to being home to some of Brazil’s most emblematic sun and beach destinations, the state of Ceará offers tourists a number of leisure alternatives associated with drinking. One of these, the Green Coffee Route, passes through rural localities such as Guaramiranga, Mulungu, Pacoti and Baturité. The route allows visitors to visit old estates and houses, which trace the history of coffee production in the region. For the tourist, in addition to the centenary coffee, the tour is an immersion in history, culture and gastronomy. The visitor will get to know the plantations, the colonial houses, taste this delicacy together with other typical flavours of the city’s cuisine, and experience all the richness that the Ceará highlands offer. 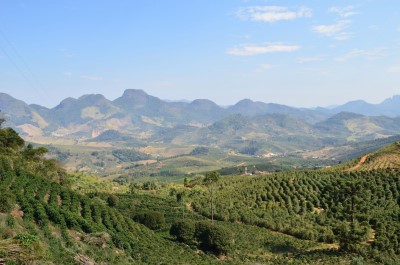 Welcome to the reference region for coffee and responsible for the production of a large part of the national harvest. The region of São Lourenço and Carmo de Minas is known for having the most special coffee in the world. There, tourists can enjoy a beautiful tour of the plantations, follow the production process, do a tasting and even take a hot air balloon ride over the plantations. And why not take a coffee bath? A unique experience. In Patrocínio, a municipality considered the largest coffee producer in Brazil, visitors can taste high quality coffee. Recently, the region has developed measures to strengthen tourism, aimed at promoting the production and consumption of the beverage.

The federal capital is not just about politics. Full of cafés with internationally awarded baristas, the city has an affective coffee map, drawn up by the Federal Institute of Brasília (IFB). In total, the document has 60 coffee shops, roasters and production farms that the local population and tourists can enjoy. Among them, the coffee production of “Café Minelis” and “Terra Nativa”, located in the West Lake, in the town of Sobradinho (DF). As for cafés, “Café e um Cheiro” and “Castália Artesanal” can be a good choice for those who want to stop for a drink. There are also farms to visit in the area, such as “Novo Horizonte”, which offers visitors the “from seed to cup” tour, with mini-courses, the visit of the plantation and the roasting of the coffee.

As the fifth largest coffee producer in Brazil, Rondônia recently approved the inclusion of the Coffee Route in the state’s tourism. The route includes the towns of Cacoal, Nova Brasilândia do Oeste, Alta Floresta do Oeste and Alto Alegre dos Parecis, in this region marked by a true tradition of coffee growing. According to the state government, these municipalities are home to many families who have been involved in coffee growing for several generations.

Source: Ministry of Tourism of Brazil

END_OF_DOCUMENT_TOKEN_TO_BE_REPLACED

← Air France's 17 partner chefs for 2023 announced 5 events in February not to be missed in Latin America! →