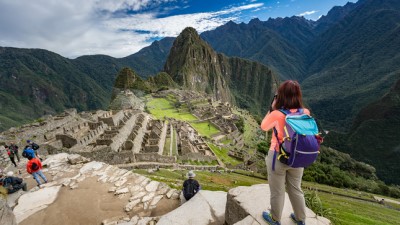 The Minister of Foreign Trade and Tourism, Roberto Sanchez, announced that the Management Unit of the Historic Sanctuary of Machupicchu (UGM) has confirmed the increase in the number of visitors to the Machupicchu site, a measure that will accelerate the reactivation of tourism in Cusco and throughout Peru.

“The admission capacity to the Llaqta or Inca citadel of Machupicchu will increase from 3,044 to 4,044 visitors per day, after the approval of the proposal by the steering committee of the UGM, formed by the Ministry of Foreign Trade and Tourism, the Ministry of Culture, the Ministry of the Environment, the regional government of Cusco and the district municipality of Machupicchu,” said Minister Roberto Sanchez.

It is important to mention that the increase will be granted automatically from the publication of the respective ministerial resolution by the Ministry of Culture and will be valid, exceptionally, until 31 December 2022.

“During this period, the measure to increase the admission capacity will be evaluated. All of this will be based on the implementation of the commitments made by the member institutions of the UGM”, added Minister Sánchez.

“With this report we have gone up to 1,000 visitors, with an evaluation of three months to see if it is sustainable or not”, said the minister, who stressed that if in this time “the solution has not worked as it should”, the current capacity will be restored, always with the aim of safeguarding the country’s archaeological heritage.

Some tour operators in the Andean region of Cusco had requested that the capacity be increased to 6,000 visitors per day -a capacity admitted before the pandemic-, but the Minister of Culture, Alejandro Salas, indicated that the safeguarding of the country’s archaeological heritage should be prioritised and according to studies carried out on this subject, a higher attendance than that announced would be detrimental to the preservation of the sanctuary.

END_OF_DOCUMENT_TOKEN_TO_BE_REPLACED

← The 2022 winter season is expected to welcome one million skiers throughout Chile The train to the clouds is celebrating its 50th anniversary! →