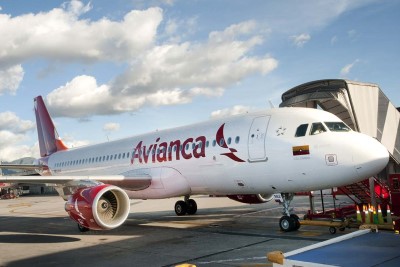 Avianca begins the expansion of its international flights to and from Cartagena de Indias, focusing on South America.

The first flight to Sao Paulo will take off this Tuesday, January 10, at 7:55 p.m., thus beginning the Cartagena – Sao Paulo route, which will initially have three weekly frequencies, on Tuesdays, Thursdays and Saturdays. The return Sao Paulo – Cartagena route will also have three frequencies on Wednesdays, Fridays and Sundays.

Last December, the airline announced the opening of a route to Guayaquil, with three weekly frequencies on Mondays, Fridays and Sundays, departing from Rafael Núñez airport at 12.20pm and Guayaquil – Cartagena, on the same days, departing from José Joaquín Olmedo airport, at 9am local time.

Avianca has also announced the opening of routes between Medellín and Guayaquil and Medellín and Quito, which will be inaugurated on 26 and 28 March respectively.

“Colombia‘s connectivity with Ecuador is essential for Avianca. As an example, in 2022 we have already carried nearly 470,000 passengers on more than 3,740 flights between the two countries and have transported nearly 50,000 tons to and from Ecuador. With these new operations, we are completing 20 routes in Medellín; 11 in Cartagena and another 15 in Ecuador. In this way, we continue to consolidate our Avianca for All, with more direct routes and a flexible, tailor-made product, so that more Latin American travellers can fly”, said David Alemán, Avianca’s Sales Director for Colombia and South America.

For his part, Ecuador’s Minister of Tourism, Niels Olsen, welcomed the opening of the new routes.