The “Ruta 40”, a mythical road that will take you to the “end of the world

The “Ruta 40”? A strip of asphalt and earth of more than 5,000 kilometres crossing Argentina vertically. A huge playground for thrill-seekers and/or outdoor enthusiasts.

It begins in La Quiaca, a small village on the Bolivian border, and ends in Cabo Virgenes, in southern Patagonia. Known by Argentines as La Cuarenta (The Forty), Route 40 is a real odyssey of more than 5,000 kilometres with, on the programme, the Andes Cordillera, a multitude of lakes and pampas, the Salinas Grandes (the second largest salt desert in the world), the wine region of Mendoza, the Aconcagua or the “Cave of the Hands”, classified as a UNESCO World Heritage Site, the peaks of Monte Fitz Roy or the iceberg-studded waters of the Laguna de Los Tres, in the province of Santa Cruz.
In other words, an itinerary conducive to the most enchanting road-trips, but also to surpassing oneself, whether by bike, horse or even on foot. 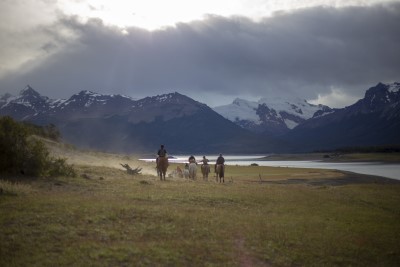 Do you love horseback riding and are you curious about other cultures? Then saddle up and head for El Calafate, in the province of Santa Cruz. There you can meet the famous “Gauchos”. Often compared to North American cowboys, they have a very special place in Argentine culture. Free and independent, scoffing at social conventions and prejudices, they live in “estancias” (ranches) where they tend their huge herds of cattle.

Can’t get enough? Take a diversion to the Perito Moreno glacier, less than 100 kilometres from El Calafate: 3,000 metres long and 5,000 metres wide, 74 metres high and 700 metres deep… This monument of thousand-year-old ice, of a brilliant white contrasting with the turquoise of the waters in which it bathes, is an unforgettable spectacle. For the more sporty, it is possible to tour it on foot, by kayak or on horseback.

In northwest Argentina, Route 40 offers an incomparable diversity of landscapes. The adjacent tracks, which are rarely straight, are a paradise for motorbike travellers.

In the Altiplano region, where some of the stages of the Dakar Rally have been organised – in other words, an area where it’s best to be an experienced biker – you’ll discover the largest high desert, cross the highest Andean peaks before reaching the wine region of Cafayate. There, surrounded by bright red rock faces, you can enjoy (in moderation, that is…) a glass of Torrontés, a white wine renowned worldwide for its fruity aromas reminiscent of Muscat, of which it is a distant cousin.

Of course, you are free to cover the 5,000 kilometres of La Cuarenta in one go. Note that it will still take you almost a month to do so. That’s why, in order to make the most of this wonderful playground, it is advisable to choose an itinerary that can be easily completed in a few days.

Among the many possibilities, the crossing of the extraordinary Quebrada de Humahuaca, whose 155 kilometres of multicoloured mountains have been classified by Unesco as a World Heritage Site.

For epicureans, the world-famous vineyards of Mendoza are a must-see. Many wineries are open to visitors and the cuisine here lives up to the reputation of the wines. You can also discover the Aconcagua National Park, the highest peak in America at 6,961 metres.

Are you a wilderness lover? After crossing the province of Neuquen, in the northwest of Argentine Patagonia, Route 40 will take you to a wooded and mountainous environment, ideal for escaping. Not far from there, in Junin de los Andes, you can also discover the Lanin National Park, home to an extraordinary araucaria forest. 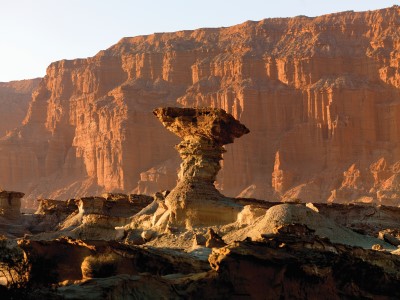 The site is home to incredible geological formations, the only place in the world where the entire Triassic period (251 to 200 million years ago) and such a diversity of fossilised animals can be seen in a perfectly differentiated way. A breathtaking landscape that will amaze its visitors. For the more enduring, there are many hiking routes. Among them, a loop of almost 40 km that the most athletic can cover in 8 hours and 30 minutes.